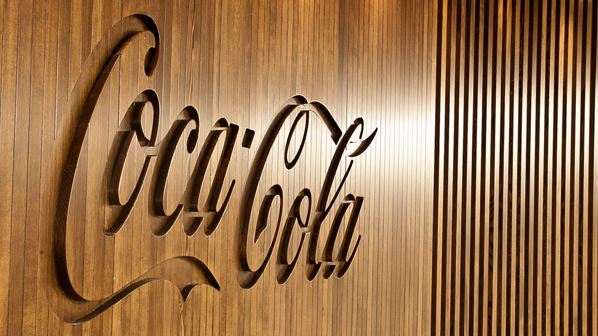 TORONTO – October 1, 2018 – Coca-Cola Canada Bottling Limited announced today that it has closed on a transaction to acquire Coca-Cola Refreshments Canada (CCRC) from The Coca-Cola Company.  This closing comes six months after The Coca-Cola Company announced a letter of intent with the Tanenbaum and Bridgeman families,  concluding a broader plan to refranchise all Company-owned bottling operations in North America to strong, independent franchise owners.

Coca-Cola Canada Bottling Limited (CCCBL) welcomed 5,800 associates to the family on Saturday, Sept. 29 as it assumed all Coca-Cola bottling and distribution operations across Canada.  This includes a national network of over 50 sales and distribution centres and five production facilities that were formerly part of Coca-Cola Refreshments Canada (CCRC).

Together, Parsons and du Toit bring decades of experience from the consumer-packaged goods industry to CCCBL. Most recently, Parsons was Executive Vice President of Investment Operations at Kilmer Group, and previously served as COO and CFO at specialty frozen baked goods company Give & Go Prepared Foods.

du Toit has been with The Coca-Cola Company since 1999 and has held many positions around the world in Supply Chain management.  He relocated to Canada in 2011 and has held various positions of increasing significance with the Canadian bottling organization including:  VP, Manufacturing; General Manager of the Minute Maid juice business;  SVP, Supply Chain leading overall strategic, tactical and operational initiatives for the Canadian supply chain, and most recently, he has been head of the Business Transformation Office where he led a team engaged in productivity initiatives and this transaction.

“With a history that spans more than 120 years, Coca-Cola has deep roots in Canada --and we do not take that for granted,” said Todd Parsons, President and CEO, Coca-Cola Canada Bottling Limited.  “We’re humbled and privileged to be custodians of that legacy as we return Coca-Cola bottling in Canada to its local roots. We’re energized by the opportunity to innovate and grow with our customers, and to continue strengthening our relationships with the communities we serve.”

Added Shane Grant, business unit president of The Coca-Cola Company in Canada, Coca-Cola Ltd (CCL): “We’re extremely excited to work with our new partners at CCCBL to harness the full power of our incredible system.  With their passion for our brands and commitment to world-class portfolio execution, we’re confident we have the right partners for our business to continue to grow and succeed in the Canadian market.”

The closing of CCCBL marks the final transaction to complete The Coca-Cola Company’s implementation of the 21stCentury Beverage Partnership Model in its flagship North America market.  The bottling system in North America is now comprised of economically aligned partners that can serve major customers while maintaining strong, local ties throughout diverse communities across Canada and the United States.

Financial terms of the CCCBL agreement were not disclosed.

Coca-Cola Canada Bottling Limited employs 5,800 associates and operates over 50 facilities including five production plants in all ten provinces. The company offers a wide variety of beverage brands, many of which come in no-calorie and low-calorie options. These beverages include sparkling soft drinks, still waters, juices and fruit beverages, sports drinks, energy drinks and ready-to-drink teas. The company is proud to offer some of the most popular brands in Canada including Coca-Cola®, Diet Coke®,    Coca-Cola® Zero Sugar, Coca-Cola Life™, Sprite®, Fanta®, Barq’s®, NESTEA®, POWERADE®, Minute Maid®, DASANI® and vitaminwater®; and our partner brands Canada Dry®, Monster Energy®, evian®, and A&W®.

With an enduring commitment to building sustainable communities, the company is focused on initiatives that reduce environmental footprint, create a safe, inclusive work environment for our associates, and enhance the economic development of the communities where we operate.  For more information, go to www.cokecanada.com.

About The Coca-Cola Company