Being a teenager can be tough. Feeling like childhood is behind them and their whole future is laid out in front, many teens view this stage as an important point in their life. It can be a challenging time that is all-at-once confusing, frustrating, and exciting.

Having a nurturing and supportive network of people available is perhaps never as important as at this crucial juncture.  It frees teens to try new things and make mistakes while also challenging them to do more than they thought possible. While most teens will find precisely this environment at home and school, some aren’t so fortunate and may never be given their opportunity to shine. 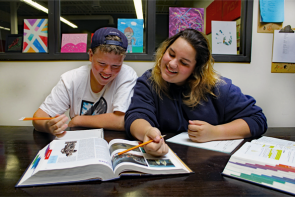 Boys and Girls Clubs of Canada

“We have proudly partnered with Canada for over a decade,” says Owen Charters, President & CEO, Boys and Girls Clubs of Canada. “We are thrilled to have them support the Keystone Youth Leadership program, which has been very successful at Clubs across North America. Thanks to The Foundation’s generosity, Keystone programs at Boys and Girls Clubs from coast to coast will continue to help teens become engaged citizens and young leaders.” 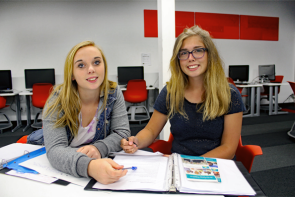 Boys and Girls Clubs of Canada

Keystone programs are running in 20 Clubs around the country and engage youth ages 13 to 18 by building leadership skills, raising community engagement and ultimately fostering a passion for lifelong learning. With the guidance of Club leaders, Keystone members plan their own activities based on needs in their communities and their own interests. Through the Keystone Youth Leadership program, teens are given the opportunity to channel their energy and ambition in a positive direction.

“We’re really excited to be able to support this important program,” said Joel Longland, Manager of Sustainability & Stakeholder Relations, Ltd. “With facilities across Canada, community engagement is an essential part of who we are. It’s a great feeling to be a part of something that makes communities stronger!”

For over a century, Boys and Girls Clubs in large cities and small towns, rural areas and Indigenous communities, have opened their doors and welcomed all children and youth. Every year, Boys and Girls Clubs give 200,000 young Canadians in nearly 700 communities the opportunity to develop to their fullest potential in an open and respectful environment. Thanks to the Keystone program, at-risk youth have the supportive, structured space they need to thrive and become leaders in their communities.

Jason Derulo, and Walmart International Team up with One World Play Project to 'Pass the Happiness'
“It starts with building a foundation.” Canada celebrates International Women’s Day with thoughtful discussion on gender parity, and diversity and inclusion in the workplace.
Coca-Cola Employees Cleanup Parks Across the Country for the Great Canadian Shoreline Cleanup
Related Stories
EXPLORE JOURNEY