Fortunately for all of us living here on the planet Earth, being a sustainably minded and globally conscious company is more than a trend– it is how successful corporations operate. The Company has known this truism for more than a century, like in 1917 when became the Red Cross’ first corporate supporter, or 1935 when it appointed the first woman to its board, or 1969 when the Company commissioned its first environmental impact study on food and beverage packaging. In this edition of #DayintheLife I sat down with Joel Longland, Ltd.’s Manager of Sustainability and Stakeholder Relations, to discuss corporate sustainability and how Canada is embedding environmental and social causes into its business.

For Joel, a career in sustainability wasn’t always the plan. Though he has a great love for the outdoors, he wasn’t sure how to apply it and originally went to school for business with a focus on marketing and advertising. After graduating he tried his hand at working in the field for a couple of years before realizing it wasn’t quite the right fit. While trying to figure out what he wanted to do next, he decided to go back to school for his MBA and learned of an opportunity to study corporate sustainability in Copenhagen.

“Once I got to Denmark, I started studying corporate sustainability and suddenly it clicked,” Joel remembered. “My teachers were talking about these social and environmental issues that were important to me but tied it back to the important role that businesses can play in solving these challenges. It was fascinating. I knew this was what I wanted to do.”

Upon graduating, Joel worked for a mix of not-for-profit and for-profit organizations in Toronto before eventually making his way to in 2016. When asked to define his role at , Joel struggles to pin down one simple definition. 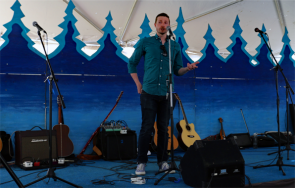 “I wear many hats here at Coke,” Joel laughs. “I work with our not-for-profit partners and other groups to find areas where we can work together on issues that matter to both our organizations. It’s a very collaborative effort, we discuss what our partners’ goals are, what our goals are and look for ways that we can support each other in reaching them.”

Joel also tracks the success of those projects and how they are helping Canada meet the targets it has set for itself and achieve its sustainability goals.

“A great example of measuring success can be seen with our water replenishment goal,” Joel says referring to ’s  Canada’s commitment to match return to communities, the same amount of water used in its beverage its bottlingand their manufacturing process, drop for drop, with freshwater restoration projects across the country. Every water project that supports is evaluated and measured, which determines the volume of water replenished and helps meet its goal. “As a science nerd it’s interesting to get these accurate measurements and turn them into a goal we can quantify toand demonstrate the progress that’s happened.”

It’s clear that Joel cares about what he does and has a real passion for sharing ’s sustainability successes. When I ask Joel to name a project that he has found particularly rewarding, he pauses for a split second before replying: Tommy Thompson Park.

Tommy Thompson Park is located on the Leslie Street Spit at the eastern end of Toronto’s waterfront. For decades this area served as a dumping ground for construction debris and is now slowly transforming into a recreational space for the public and an important area for birds under the stewardship of the Toronto and Region Conservation Authority (TRCA). In 2012, Canada and the TRCA entered into a five-year partnership to develop a new wetland space in the park. 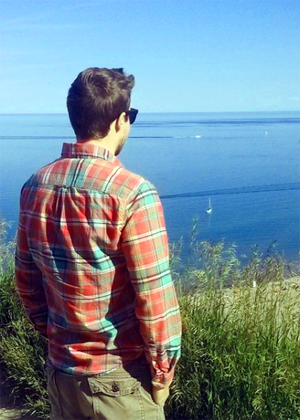 “By the time I arrived at , the work on the project was starting to wind down and our focus was shifting to what else we could do with this space,” Joel shared. What Joel ended up doing was loading a bus with associates from our King Street office in Toronto to go to the park and plant trees and shrubs that would help the space thrive. A few months later two buses of associates went back for the annual Great Canadian Shoreline Cleanup and picked up bags of trash and recycling throughout the park.

“That project stands out because it is so easy for the significance of individual initiatives to get lost or forgotten about,” Joel explained. “This project however got associates out of the office into nature, and gave them a meaningful opportunity to give back to their community. I know for me, it helped to bring home the good we are capable of doing as a company in a very tangible way and I think it made our associates feel personally invested in our success there.”

Today, with the very real challenge climate change presents to us, the need for strong programs around recycling and fresh water replenishment has never been more important. Canada has long known that it can only ever be as successful as the communities which it serves, which is why having people like Joel Longland on their team is essential.