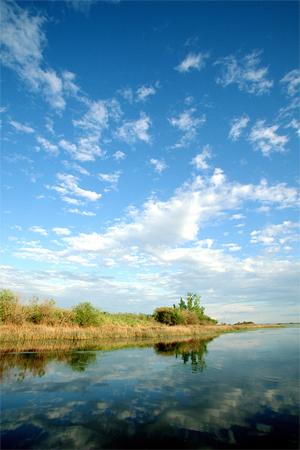 What does 242 million litres of water look like? That’s enough water to fill 96 Olympic-sized swimming pools. It’s enough water to fill more than 681 million 355 mL cans.  (Fun fact: laid end to end, these cans would circle the world twice.) It also happens to be the amount stored in hundreds of wetlands being conserved with support from Canada. By working with Ducks Unlimited Canada (DUC), is helping to preserve this crucial source of fresh water – and making a big splash in its water replenishment goal in Canada.

Coca-Cola is working toward an ambitious goal of being water neutral in its Canadian bottling operations by 2020. This means it’s striving to ensure that every drop of water required to produce its beverages is returned to nature. Supporting DUC’s wetland conservation work is one way is delivering real results. To date has funded the conservation and restoration of 363 acres (147 hectares) of wetlands, representing 242 million litres of water stored.

These results couldn’t come at a more appropriate time. Today is World Wetlands Day – an international celebration of wetlands and how they benefit the lives of wildlife and communities. When it comes to solving water issues, wetlands play a powerful role. Wetlands act as giant sponges that hold water during wet periods, and slowly release it during dry periods. This provides important protection against floods and droughts. They also act as natural filters that trap and hold pollutants, keeping the water that flows into lakes and rivers clean.

As important as wetlands are to water quality and availability, they provide many other environmental benefits. Wetlands mitigate the effects of climate change by storing carbon. They also provide habitat for species at risk and serve as the setting for all kinds of outdoor recreation. 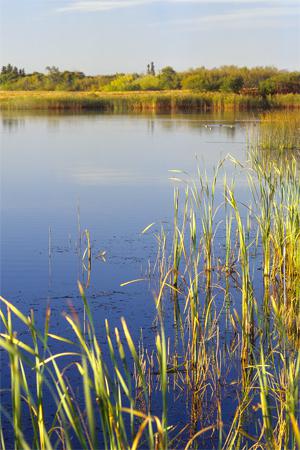 The wetlands has helped DUC conserve and restore are located in Canada’s Prairie Pothole Region, a vast area that spans the southern parts of Manitoba, Saskatchewan and Alberta. The “potholes” are shallow wetlands that are scattered across this largely agricultural landscape. While the Prairie Pothole Region is widely recognized as having some of the most valuable wetland habitat in North America, it’s also among the most threatened. Up to 40 per cent of these wetlands have been drained or destroyed.

This World Wetlands Day, join and Ducks Unlimited Canada in celebrating the progress and potential of wetland conservation. It’s one of the best things we can do for ourselves and the planet.

Looking Back as We Move Forward: 121 Years of in Canada
Closing the Loop: How and Industry Are Coming Together to Fight Plastic Waste
“Exporting Best Practices Around the World”: Sarah Dearman Discusses Canada’s Part in Coke’s Vision for a World Without Waste
Related Stories
EXPLORE JOURNEY