Coke’s Venturing & Emerging Brands (VEB) team was created in 2007 with an ambitious mission: to identify and build the company’s next generation of billion-dollar brands in North America. Part venture capitalists, part brand incubators and part industry forecasters, the team invests in and builds groundbreaking beverages that satisfy unmet consumer needs. Recently we spoke with the entrepreneur behind one of the newest beverages to join the VEB portfolio — Steve Jones of Core Power — on how ’s partnership has enabled the mission-driven brand to go further faster.

Tell us a bit about Core Power and how Fair Oaks Farms Brands – its parent company – came to be.

The mission of Fair Oaks Farms Brands is to build a branded health and wellness platform, powered by the nutrition of dairy, in a wide portfolio of great-tasting products that allow you to live life to the fullest. It all starts with responsible agriculture and animal care you can trust. Our vision is that Fair Oaks Farms Brands will play a leadership role in us having a very healthy productive planet full of very healthy people as our population expands. 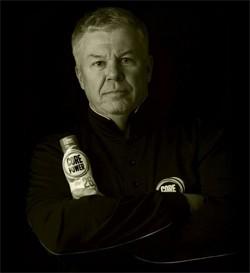 All great beverage companies start with a great product. And our great product starts with dairy farming. A few years ago, Mike McCloskey – a veterinarian with a doctorate in large animal agriculture – had a vision to produce higher-quality milk by significantly raising the standards for how cows are raised, fed and treated. He sold his vet practice and bought a dairy farm, followed by bigger farms, and eventually formed a progressive dairy co-op in the Southwest United States. Along the way, he developed and patented a membrane filtration system. This process allows us to separate the five parts of milk, increase the good parts like protein and calcium, and reduce the negatives like lactose without adding preservatives or powders.

When you combine sensational-quality milk with this proprietary technology, you get Core Power. One of our most distinguishing qualities is our ingredient list, which is only four lines long. That’s what makes it taste so great. Core Power is marketed as a high-protein milkshake. But athletes are not the only people who need protein. When we exert ourselves, our muscles lose protein. We need protein to regain strength and build strong muscle. And since our bodies don’t produce enough protein, we need to ingest it.

Mike launched the product as Athlete’s HoneyMilk in 2010. I came onboard about that time as an advisor before making a full-time commitment at the end of 2010. We re-launched the brand under the Core Power name in 2012 when Coca-Cola Refreshments started distributing the product that July in Texas, then Colorado. Later that year we rolled out nationwide and in December 2015 we brought Core Power to Canada as well.

How did you connect with VEB?

We were not really seeking funding at the time because we were, and still are, a very young company. But we quickly realized that only Coca-Cola could help us do what we hope to do. VEB fully understood and appreciated the Select Milk Producers story and the potential we have to transform an old-fashioned category into a high-growth, high-margin business. They saw an opportunity to get in early on something they believe can become a billion-dollar brand. And they also recognized that we’re not a one-hit wonder… our technology enables us to use protein in so many ways and unleash the full nutritional power of dairy.

What specifically did bring to the table?

Distribution and marketing are two things all start-up brands need. We knew that only the system could get Core Power into the outlets we need to succeed through their reach and customer relationships. To us, it was an opportunity to go further faster.

In a prior life, you were chief marketing officer at Coca-Cola and president of The Minute Maid Company. As a exec-turned-entrepreneur, how would you describe the company’s evolution?

Test Your Knowledge on National Refreshment Day
“Exporting Best Practices Around the World”: Sarah Dearman Discusses Canada’s Part in Coke’s Vision for a World Without Waste
“It starts with building a foundation.” Canada celebrates International Women’s Day with thoughtful discussion on gender parity, and diversity and inclusion in the workplace.
Related Stories
EXPLORE JOURNEY