Last June WWF-Canada hosted the Healthy Waters Summit in Ottawa which Canada attended as part of their ongoing efforts to replenish all water used in their finished beverages by 2020. The two-day event gave the public a chance to come out and learn more about Canada’s freshwater resources from experts and provided stakeholders in government, industry and the not-for-profit sector a forum to discuss the state of these vital waterways.

For many of the experts in attendance, the highlight of the summit was the unveiling of Canada’s first-ever national assessment of watershed health which identifies the country’s most stressed freshwater ecosystems. This new tool gives greater insight and helps prioritize which watersheds are at greatest risk and where resources can be most efficiently used. For and WWF, the watershed report has ultimately helped to shape the latest chapter in their long history of partnership and collaboration.

For the past decade The Company and WWF have worked together on a variety of issues around the world. Most recently Canada supported WWF’s work in the Arctic to protect polar bears and identify the region’s Last Ice Area through the Arctic Home campaign. Last week the two announced their latest collaboration through WWF Restoration Fund, a -supported and WWF-run partnership that will promote freshwater health through three great projects across the country:

WWF and will be supporting ACAP Saint John in ‘daylighting’ sections of the Newman’s and Caledonia Brooks. Daylighting is the process by which waterways that were once diverted or developed over are opened up and restored to a more natural state. This specific project will include removal of fish barriers and invasive species as well as the stabilization of the rivers’ banks. There will also be opportunities for members of the Saint John community to learn more about the watershed and participate in volunteer planting events. 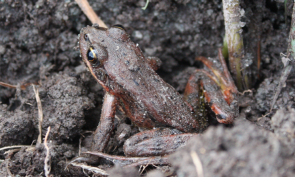 
Out on the west coast of Canada, WWF and will be helping to return a former golf course to nature at Blackburn Lake. By restoring the course to its natural state, the goal is to improve water quality downstream while also creating habitats for waterfowl, migrating shorebirds and numerous other animals. This project, in partnership with Salt Spring Island Conservancy will restore up to five wetlands in a highly stressed watershed while also developing trails that will encourage the community to get out and learn more about this ecosystem.

In the Pacific Rim region of Vancouver Island, , WWF and the Central Westcoast Forest Society will be working together to restore the Chenatha River which was has been the site of industrial logging since the 1970s. The presence of this heavy industry has resulted in a major loss of habitat for salmon and other creatures. With the assistance of the Toquaht Nation – within whose traditional lands the project is occurring – the group will build pools, redefine streams and restore former logging roads to support wild Pacific salmon and other endangered wildlife.

Coca-Cola is immensely proud to be working with WWF-Canada and its local partners on these three exciting projects. Together the three WWF Restoration Fund projects mark a new chapter focused on freshwater health in ’s longstanding relationship with WWF.