“Exporting Best Practices Around the World”: Sarah Dearman Discusses Canada’s Part in Coke’s Vision for a World Without Waste 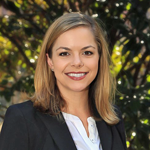 In part two, Sarah talks about the packaging and collection work is already engaged in here at home as well as the challenges and opportunities in Canada. Part one is available here.

While World Without Waste is a global initiative, the actual work to make it a success is taking place in the countries in which operates. Where does Canada stand in terms of its recycling efforts to date?

Beverage container recovery rates in Canada are already quite high compared to the rest of the world. That’s great because for World Without Waste to succeed in our larger system, we need to be identify and export best practices around the world.

This is also a great position for Canada to be in because we feel that recycling is the best solution to the world’s packaging waste problem. If we focus on recycling, it will allow us to recover that valuable material so that we can use it over and over again. The greater the volume of recovered beverage containers, the closer we are to achieving a circular economy where nothing is wasted.

Why do you think Canada is already enjoying such success with recycling? 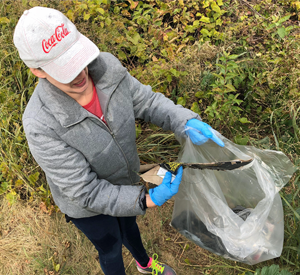 Since 2011, Canada has participated in an Ocean Wise and WWF program called the Great Canadian Shoreline Cleanup.
Having that recycling mindset already in place puts Canada at a huge advantage, because cleaning up the packaging waste already in the environment is an important piece of World Without Waste.

Since 2011, Canada has participated in an Ocean Wise and WWF program called the Great Canadian Shoreline Cleanup - in fact, this year the company was the co-presenting sponsor. This is a great initiative that sees associates from across the country going out into their local communities to do clean ups of parks and waterways.

While cleaning up waste is certainly not the only solution, it is an important role for us to play.

A big part of World Without Waste is the commitment to offer 100% recyclable packaging by 2025. Can you offer an example of how Canadians can see how this work is becoming a reality?

Absolutely! While it is true that much of the packaging we already use is fully recyclable, there are still some items that, for either quality and safety needs or based on consumer preference, are not.

For an example of a gap in our recyclable packaging that was corrected, look no further than our 2.63L Simply juice container. While the majority of the package was recyclable PET, its previous handle was a different resin that resulted in the whole container being less valuable in the recycling stream.

Once this was discovered, we worked with suppliers through a cross-functional team to develop a solution. Through years of research and development, we ultimately devised a new material that was both safe and recyclable. In fact, we won an award for the design; it is actually the first recyclable, clear handle in Canada.

Where do you think Canada faces the greatest challenges and opportunities on its sustainable packaging journey?

While this certainly isn’t specific to Canada, I think there is still a limit to the recycling infrastructure available in public spaces. 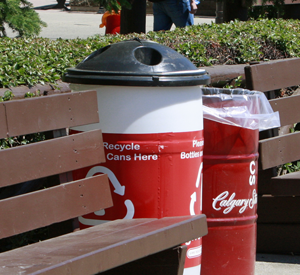 A great example of where Canada and other beverage industry partners were able to bring together their expertise to make a difference was in Manitoba.

In 2010 through the Canadian Beverage Container Recycling Association, our industry developed a more convenient and effective way to recycle that focused on educating consumers and making more recycling bins available. That change led to a sharp recovery rate increase over the following years that made Manitoba the most improved North American jurisdiction in that timeframe.

It is our job to provide consumers with the right information and empower them to make the sustainable choice. We need everyone to do their part and put that bottle or can in the recycling bin so that we can all be successful in creating a world without waste.

PART ONE IS AVAILABLE HERE:

“We Want to Be Part of the Solution”: Coke North America’s Sustainable Packaging Lead Talks World Without Waste

fairlife and Beyond: Canada’s Road to Becoming a Total Beverage Company
“There Is a Coke for Everyone”: Canada Refreshes Packaging to Unite Trademark
Coca-Cola Canada Flexes Some Muscle with the Launch of vitaminwater active and POWERADE ZERO
Related Stories
EXPLORE JOURNEY