Welcome to the Coliseum: New Name and Renewed Commitment to the Community Announced

One of Toronto’s most storied sports and entertainment venues and the home of the Toronto Marlies now has a new name!

The renaming of the Coliseum was just one part of an announcement from and Maple Leaf Sports & Entertainment today that largely focused on strengthening ties with the community and local non-profit organizations. 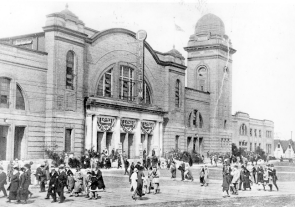 “The Coliseum has been a focal point of the community, serving as host to world-class sporting events and generation-defining musical acts since it was built in 1922,” said Michael Samoszewski, Vice President of Marketing for Ltd. “We’re excited and honoured to play a part in the history of this fantastic venue and build on its incredible legacy by engaging with our neighbours in new and meaningful ways.”

Of course, has its own deep roots in the city of Toronto. ’s first bottling plant in Canada – which opened in 1906 – was in Toronto’s west end at 65 Bellwoods Avenue just off Trinity Bellwoods Park. 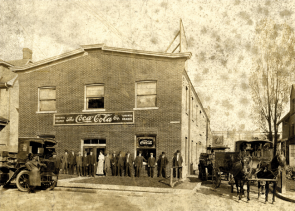 Long at the heart of how operates is a belief that it can only be as successful as the communities it serves. For decades this has meant supporting organizations that improve the lives of people in communities in Toronto and across Canada.

To help kick off the new 10-year partnership, plans to invite neighbours and open the Coliseum up to the public. Early plans include several community skate events throughout the year, donating ’s corporate suite to be used by different community organizations at every 2018-2019 Marlies home game and a special surprise for Marlies fans at the team’s home opener this fall.

Stay tuned to Journey for more exciting announcements as future community events for the Coliseum are made.